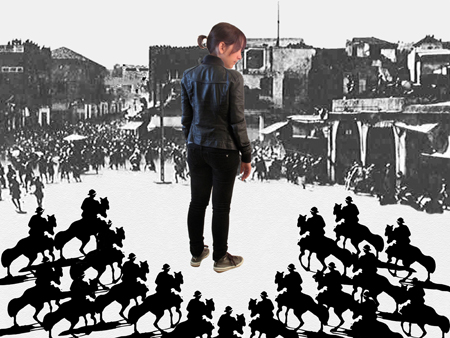 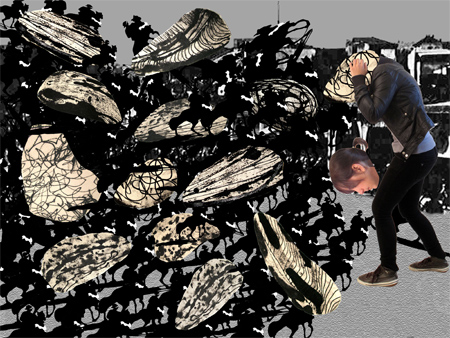 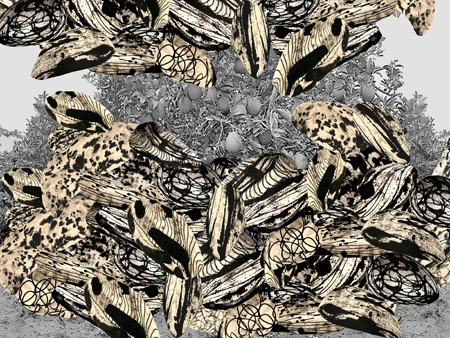 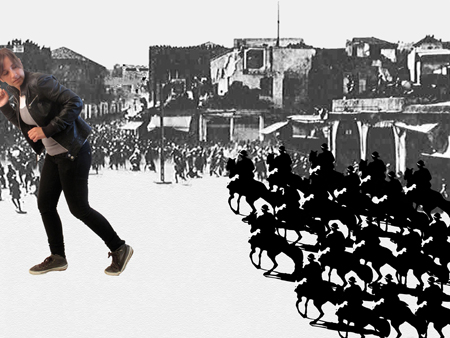 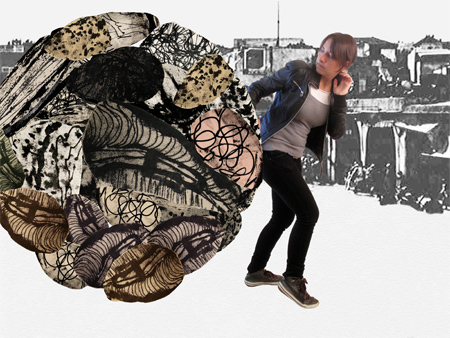 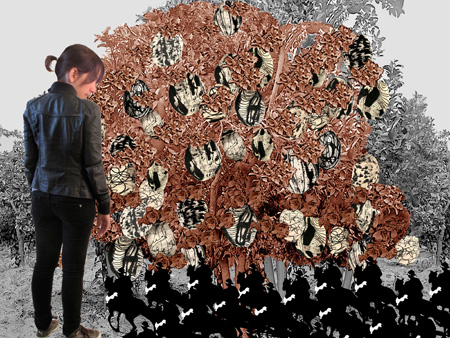 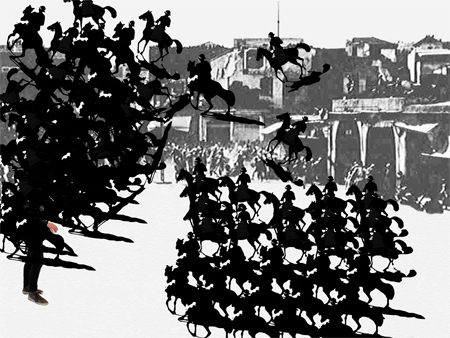 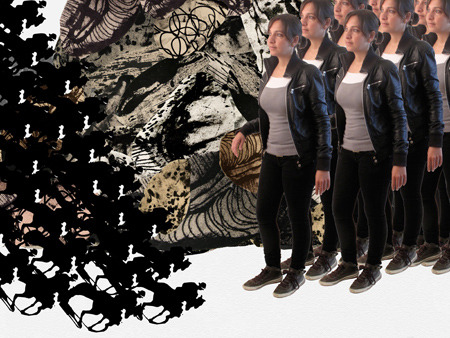 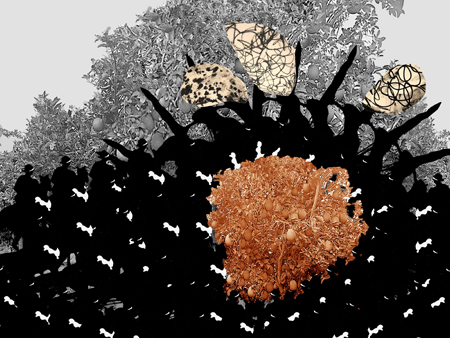 Artist Statement:
My artwork examines how people and spaces become polarized as a result of binary divisions. During my formative years, Beirut was characterized by perpetual conflict—political alliances shifted regularly, often culminating in armed clashes. Those who shared geographical and socioeconomic markers of identity with political factions were seen as being a part of such alliances, and, consequently, were considered “accomplices” to the perpetuation of civil tensions.

In response to these divisions, I conceptualized a space, the Third-Half, in which individuals exist outside of factionalized communities. The Third-Half functions as an umbrella under which I produce my work, highlighting divergent narratives of the Middle East, including Western interventions and regional strife.

Action + Change
And Then . . . is a serialized work of video animation. Chapter 1, Now, depicts rival battalions in Beirut as individual cells that merge, disperse, dance, and attack. Chapter 2, Scenarios of Return, visits the British Mandate of Palestine. My avatar manifests itself in Jaffa, where my father was born, to fight the British and reverse history.

Biography:
Zeina Barakeh (born 1972, Beirut) is a Lebanese-Palestinian artist based in San Francisco. Barakeh obtained her BA in interior design from the Lebanese American University, Beirut, and her MFA from the San Francisco Art Institute. Her artwork examines how people and spaces become polarized as a result of binary divisions. Through animation, digital media, and archival installations, she interrogates constructions of identity, history, memory, and territory.

Barakeh received the Sheikh Zayed Fine Arts Award from the Lebanese American University in Beirut, and two artist residencies from the Vermont Studio Center in Johnson, Vermont, among other accolades.

She currently serves as Director of Graduate Administration and Visiting Faculty at the San Francisco Art Institute. In 2012, she initiated the co-curricular arts platform No Reservations Art, which links MFA students with professional opportunities in the art world.