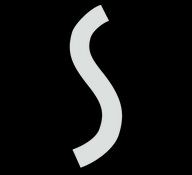 Recognized as the leading international journal in women’s and gender studies, Signs is at the forefront of new directions in feminist scholarship. Challenging the boundaries of knowledge concerning women’s and men’s lives in diverse regions of the globe, Signs publishes scholarship that raises new questions and develops innovative approaches to our understanding of the past and present. What makes feminist scholarship published in Signs distinctive is not necessarily the subject of investigation or particular methods of inquiry but the effort to cultivate alternative research practices that further feminist, queer, and antiracist goals of social transformation.

Signs is published by the University of Chicago Press. The editorial office for the journal is located at Northeastern University and sponsored by the College of Social Science and Humanities and the Women’s, Gender, and Sexuality Studies Program.

Signs is currently edited by Suzanna Danuta Walters, and Carla Kaplan serves as Chair of the Board of Associate Editors. For a discussion of the editorial vision of the journal, see Walters’s inaugural editorial, “Thinking and Doing Feminism.”

Suzanna Danuta Walters is professor of sociology and professor and director of women’s, gender, and sexuality studies at Northeastern University. Her work centers on questions of gender, feminist theory and politics, sexuality, and popular culture, and she is a frequent commentator on these issues for the media. Her most recent book, The Tolerance Trap: How God, Genes, and Good Intentions are Sabotaging Gay Equality (NYU Press), explores how notions of tolerance limit the possibilities for real liberation and deep social belonging. This book has been the subject of numerous radio and press interviews and discussions, which can be heard and read on her website www.suzannawalters.com. Walters’s previous book, All the Rage: The Story of Gay Visibility in America (University of Chicago Press, 2001), examined the explosion of gay visibility in culture and politics over the past fifteen years and raised pressing questions concerning the politics of visibility around sexual identity. The book was a finalist for several literary awards (including the Lambda Literary Award). Her other works include books on feminist cultural theory (Material Girls: Making Sense of Feminist Cultural Theory), mothers and daughters in popular culture (Lives Together/Worlds Apart: Mothers and Daughters in Popular Culture), and numerous articles and book chapters on feminist theory, queer theory and LGBT studies, and popular culture.  She is currently working on a book examining the state of both feminist theory and politics in an era of “call-out feminism” and intense social media attention.

Walters also contributes regularly to more public venues and has written for The Nation, The Chronicle of Higher Education, the LA Times, and the Baltimore Sun, among others.

In 2004, Walters founded the first in the nation Ph.D. program in gender studies at Indiana University, where she was a Professor of Gender Studies and held positions in Sociology and Communication and Culture. Previously, Walters was Professor of Sociology and Director of Women’s Studies at Georgetown University. She was also a Visiting Senior Scholar at the Center for Narrative Research at the University of East London. She received her Ph.D. from the Graduate Center, City University of New York.

Carla Kaplan is a professor of English and women’s, gender, and sexuality studies at Northeastern University. She holds the Davis Distinguished Professorship in American Literature and writes on modern, African-American, and women’s history and culture. She has published five books, including the award-winning Miss Anne in Harlem: the White Women of the Black Renaissance (HarperCollins) and Zora Neale Hurston: A Life in Letters (Doubleday/Anchor), both New York Times Notable Books, and writes occasionally for such publications as The Los Angeles Times, The New York Times, and The Nation. Forthcoming books include Queen of the Muckrakers: the Life of Jessica Mitford, also with HarperCollins and a Norton Critical Edition of Nella Larsen’s Passing. Kaplan founded the Northeastern Humanities Center and has been a resident fellow at numerous humanities centers and institutes, including the Cullman Center for Scholars and Writers at the New York City Public Library, the Schomburg Center for Research in Black Culture, the W.E.B. DuBois Institute for African and African American Research at Harvard University, and the Los Angeles Institute for the Humanities. Kaplan has received teaching awards and fellowships from the Guggenheim Foundation, the National Endowment for the Humanities, and elsewhere.  She is a recently elected Fellow of the Society of American Historians.