A Moment or a Movement? The Pandemic, Political Upheaval, and Racial Reckoning

The year 2020 will be remembered as unlike any other in our lifetimes.  We are living in an unprecedented moment of pandemic disease, political upheaval, and racial reckoning none of us have experienced before.  These three issues have become linked together to produce a crisis that is also moral and cultural.

As I read the reports about the novel coronavirus I began to have a profound sense of dread. Why? I knew that pandemics don’t produce inequalities – they reveal them.Click To Tweet

First, the pandemic. The current version of the history of the virus is that it began in Wuhan, China, in late 2019 and from there spread around the world.  It will be a while before we have a different and probably more accurate origin story of this disease, but for historians of science and medicine, it was no surprise that the virus spread rapidly from China to the rest of the world.  Those of us who study the history of epidemics have spent years examining the spread and impact of diseases in the past—from the plague in Europe in the early modern period to, in my own case, the outbreaks of epidemics in the United States from the seventeenth century to the present.  As I read the reports about the novel coronavirus I began to have a profound sense of dread. Why? I knew that pandemics don’t produce inequalities – they reveal them.  As a feminist I knew that communities of color would almost certainly be disproportionately affected by this virus, especially women, who would be victims of the virus and caretakers of everyone else; the elderly; children, who would lose relatives and perhaps become sick themselves; those men and women who work in jobs that could increase their exposure to the virus; and those who have chronic conditions largely because of the racist neglect of people of color in our health-care system. Despite this knowledge, I had no idea that by mid-September 2020 there would be over 200,000 deaths in the US, with no end in sight.

Secondly, political upheaval. The election of Donald J. Trump to the presidency of the US was, it goes without saying, a major turning point toward the extreme Right in US politics. This administration has given little attention to major issues that feminists have fought for for over three decades. While he has placed women in key positions in his administration, they have served his goals of restricting women’s reproductive rights, suppressing the right to vote, instigating a horrific assault on immigrant families, undermining the rule of law in many other areas, and most recently attacking antiracist training in federal agencies. I have been most unsettled by his attacks on Speaker of the House Nancy Pelosi and the group of newly elected congresswomen of color Ayanna Pressley, Alexandria Ocasio-Cortez, Rashida Tlaib, and Ilhan Omar. We have seen sexism in the White House and in other administrations before, but never with such open disdain for women of color. There is far too much to be said in one essay about the crisis Trump has wrought, how he has brought us to the brink of chaos through his lack of leadership on controlling COVID-19 and his efforts to hijack the upcoming presidential election.  Perhaps the most dangerous thing he has done is make overt misogyny acceptable in public life.

Third, racial reckoning. This has been a long year of increasing confrontation with the history of race, racism, and white supremacy in this country. For me, as a historian of African American history, this moment of racial reckoning most resonates with the period just after Reconstruction in the late 1870s. At that time, the federal government, under pressure from the former states of the Confederacy, pulled back on women’s rights and any efforts to support the economic, educational, and health of formerly enslaved African Americans. This retreat ushered in the era of Jim Crow and a period of domestic terrorism against Black people that continues to this day. In response, the twentieth century witnessed an era of political activism for the rights of Black people that has been renewed in this current moment.  Beginning with the publication of the New York Times Magazine “1619 Project” last August (Hannah-Jones 2019) and through to our collective witnessing of the death of George Floyd and the thunderous rise of the Black Lives Matter movement, we as a country have reached an inflection point. 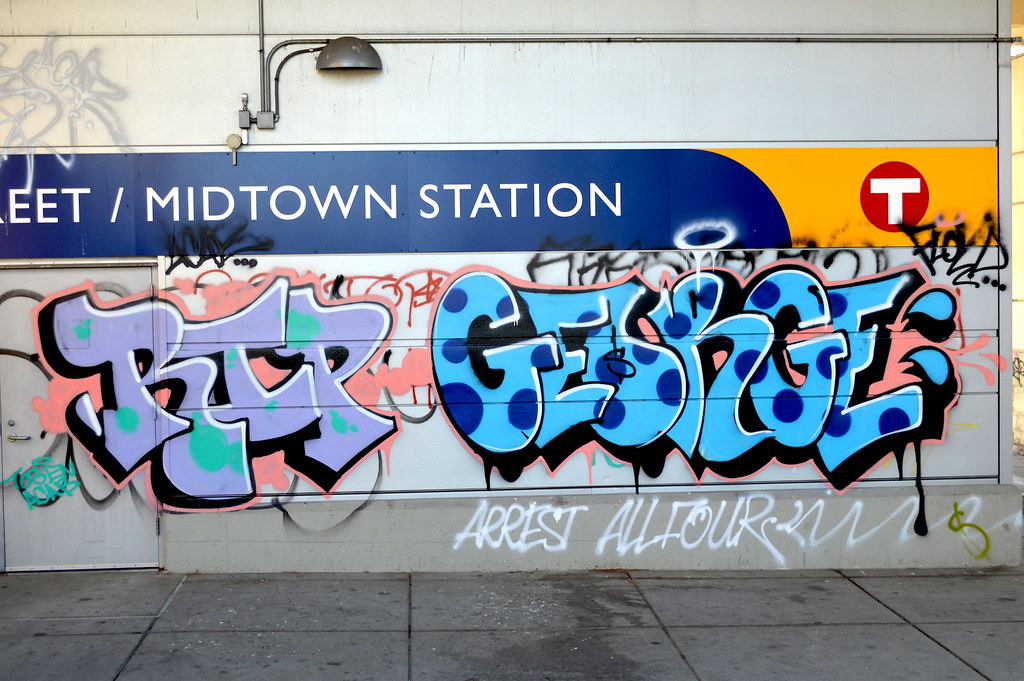 This is not their mother’s feminism(s)…

One of the difficult things right now for scholars and activists is to fully characterize this moment. With the ascendancy of social media there are thousands of conversations about the pandemic, the election, and racial reckoning. I confess to being overwhelmed by the cacophony of voices and the dizzying display of talking heads in the Hollywood Squares on Zoom on cable news.  I listen to podcasts that present thoughtful and insightful discussions from academics, activists, and politicians, yet nothing seems to cohere.  Social movements that use social media are hard to assess. It is undeniable, however, that there is a strong feminist voice in Black Lives Matter. The young women who started the first groups have always had an intersectional narrative and in many instances promoted the cause of trans people far better than mainstream feminist organizations. They are unwavering in their rhetoric and in their practices that the voices of women should not be silenced.  They learned the lessons we taught them in women’s studies classes all over this country and they have redefined, stretched, and reframed what we taught them into a powerful and direct confrontation with patriarchy and white supremacy. They have rejected respectability politics and incrementalism. Yet coalitions between what we might call mainstream feminism and these new formations remain fraught. What I see is a movement in formation and in ferment. Perhaps this is as it should be. What COVID-19 did was force so many people who were on lockdown to watch cable news and engage with social media to a greater extent than ever before and therefore engage with issues of police violence in new ways. And they took to the streets in response.  New and diverse coalitions of activists have been born in this moment. The question is, is this a moment or a movement?

New and diverse coalitions of activists have been born in this moment. The question is, is this a moment or a movement?Click To Tweet 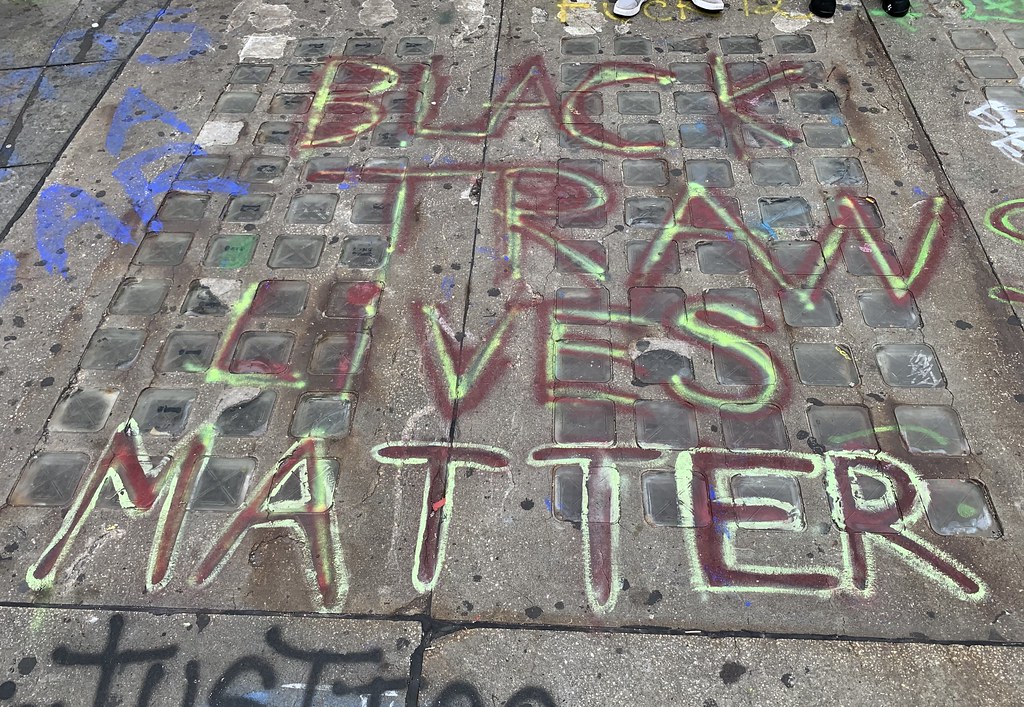 On March 29, 2020, Ernestine Miles Mann died in Atlanta, Georgia. She was 83 years old. Mrs. Mann taught in Atlanta public schools for over thirty years.  A graduate of a Spelman College and a proud member of the Delta Sigma Theta sorority, she was a leader in her community. She died of coronavirus, and her family held a graveside service for her in early April. A little more than a week later, Mrs. Mann’s sister also died of coronavirus. By the end of the month, seventeen residents of Mrs. Mann’s assisted living facility had died, and 70 percent of the residents and staff were infected.

Ernestine Mann was my fourth-grade teacher, and I knew her from the time I was 9 years old until she died.  I always called her Mrs. Mann, even after I was given permission by her to call her Ernestine.  She was the best teacher I ever had, besides my mother. She had the most beautiful voice. Each day at precisely 2:45 p.m., she would read to us until the 3:00 p.m. end-of-day bell rang.  She read us the biographies of Frederick Douglass, Booker T. Washington, Harriet Tubman, and so many other famous Black people.  As she read, you could hear a pin drop in the room. We were mesmerized, and even the most rambunctious boy in our class sat quietly listening to her every word.  She took us to another world, back to slavery and then home again. She never asked if we enjoyed the stories or asked for our suggestions.[1] She made her own choices because she knew what she wanted us to know and what we needed to know.  At the end of each day, we didn’t just learn we were descendants of people who did heroic deeds in the world, but we also knew that we were loved.  I never felt as loved in a classroom again.  I find myself grieving the loss of my teacher and the greater loss to her family.  I miss deeply the lost opportunity to celebrate her life and her amazing gifts in the time-honored way of our people. COVID-19 has also revealed our need for new rituals that can bind us across generations.

COVID-19 is showing us what links us together as people and what divides us. It has laid bare the incomplete revolution that feminists coming of age in the 1970s, 1980s, and 1990s have had to reckon with.Click To Tweet

COVID-19 is showing us what links us together as people and what divides us. It has laid bare the incomplete revolution that feminists coming of age in the 1970s, 1980s, and 1990s have had to reckon with. We have not finished our reckoning with differences across class, race, and ethnicity.  This is a moment when all women are under renewed stress—home-schooling children, caring for the sick and the elderly while trying to hold on to their jobs.  For academic feminists, it is time to step out of the ivory tower and return to the streets.  The pandemic is showing us where we have failed; it cannot show us how to build a better future.

Read the other symposium essays

[1]One of my regrets is that I wish I had asked her the name of the series of biographies she read to us from.

Evelynn M. Hammonds, is the Barbara Gutmann Rosenkntz Professor of the History of Science and Professor of African and African American Studies at Harvard University.