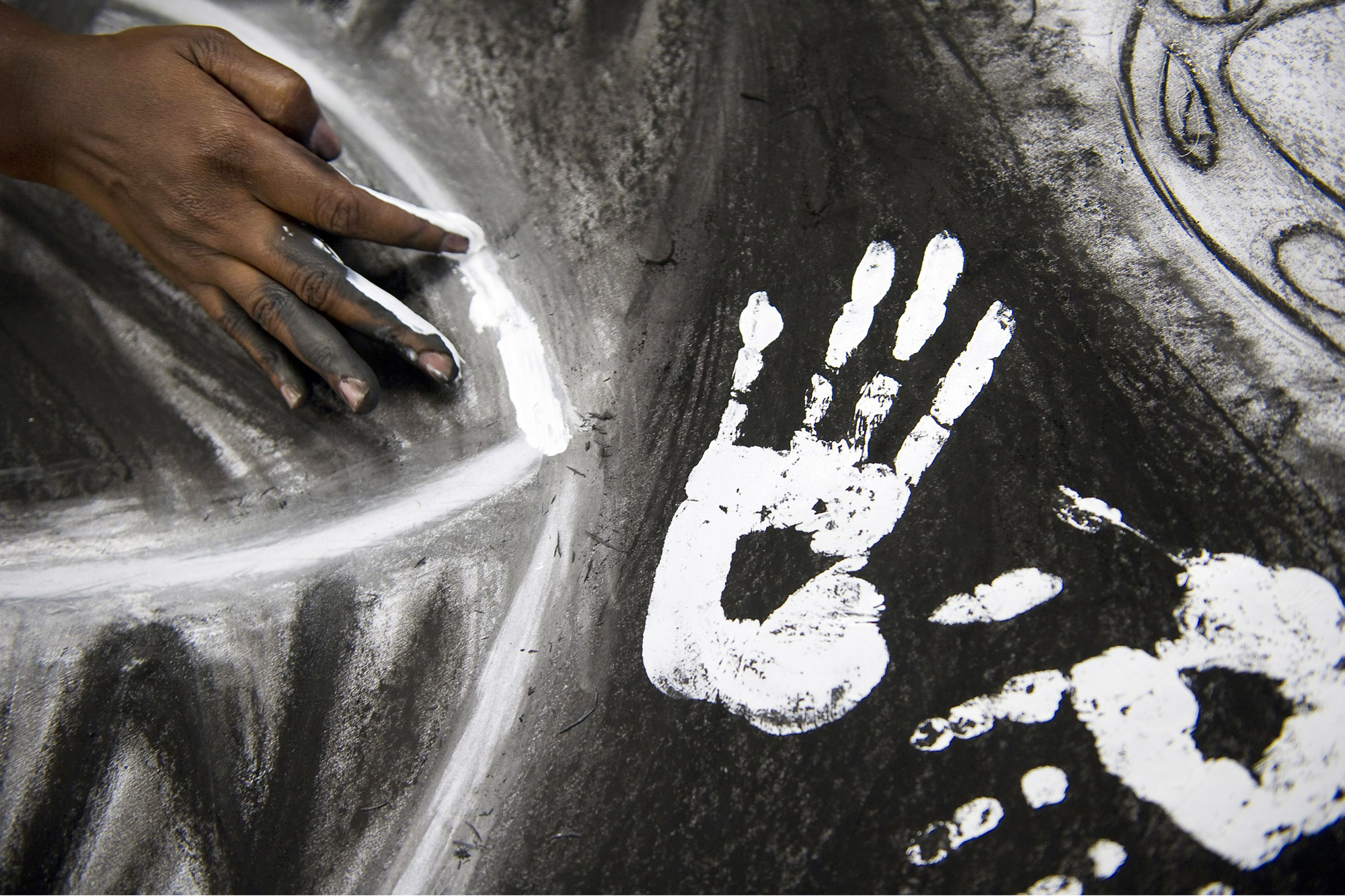 Toni Bowers and Natasha Ward – Detail from an untitled composition (2011). Charcoal and paint. © 2002 by Ann Hermes for the Christian Science Monitor. Photo courtesy of the Image Works.

Toni Bowers: Being able to express my inner/outer feelings through art was something I had never experienced before. It was a way of an escape for me. Then partnering up with Natasha, being women from different cultures leading totally different lifestyles, merged together in an expression of love through art. It was so amazing! Our handprints represent unity.

Natasha Ward: The image myself and Toni did was a partner artwork. We express ourself in our mind, our feelings, and express our art. It showed how artwork can be expressed by just doing art.

Toni Bowers has served eighteen years in an Alabama state prison for women. Even though her journey has not been easy, it’s given her time for self-exploration. It’s enabled her to walk through and face her past failures and mistakes that so easily beset her and to overcome them clean and sober. It’s not just what awaits you on the other side, it’s all about the climb.

Natasha Ward has been incarcerated for eight years, and it took her mind into thinking unhealthy thoughts. When she heard of the Alabama Prison Arts + Education Project for helping women to express their artwork, she took her chance in the class to do art. She had never done art before, but she got the chance to express herself. It helped out on her feelings, her mind, and her life.

Signs extends special thanks to Kyes Stevens of the Alabama Prison Arts + Education Project, a program that provides access to sustained and quality educational experiences in the arts, humanities, hard sciences, and human sciences for prisoners in Alabama.