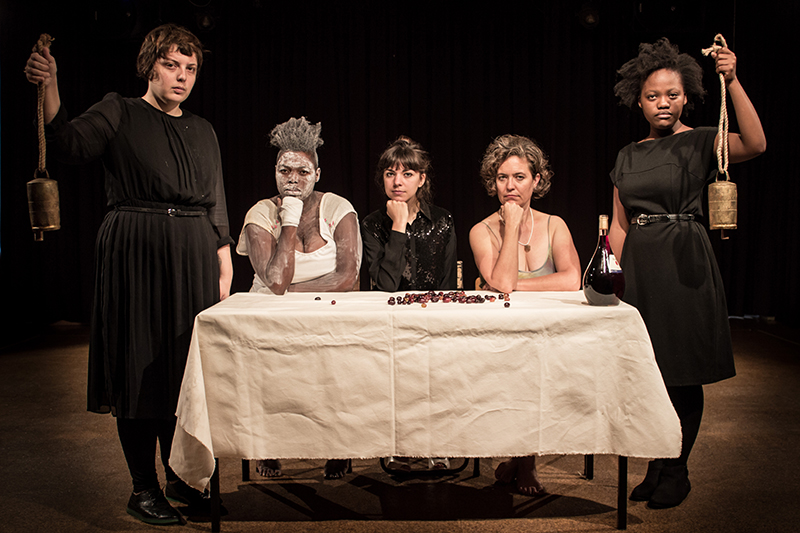 Artist Statement
Rao crafted The Walk after the rape and murder of Jyoti Singh Pandey, a 23-year-old student who was tortured, raped, and killed by six men on a Delhi bus in December 2012. A few months later, we decided, with Rao’s permission, to create our own version of Walk as a response to the gang rape and murder of Anene Booysen, a South African teenager, in 2013. The unimaginably horrific assault and deaths of these two womxn was a catalyst to create Walk: South Africa as a way to honor their memories and to talk honestly about rape culture.

Our vision for Walk: South Africa is centered around a sparse aesthetic that foregrounds the figure of the womxn. Its focus is very much on the performers and considers the unavoidable physical fact of their bodies – a fact that we understand rape culture to seek to obfuscate or erase.

Artist Biography
Dr. Sara Matchett is director of the Centre for Theatre, Dance, and Performance Studies at the University of Cape Town. She is the cofounder and artistic director of the Mothertongue Project women’s arts collective. She is also an associate teacher of Fitzmaurice voicework and is the African and Indian regional coordinator of the Fitzmaurice Institute. Her teaching profile centers around practical and academic theater and performance courses, and her research explores the body as a site for generating images for performance making. Her particular interests are in embodied practices that focus on pre-sensing, co-sensing, co-llaborating, and co-generating as a way of transforming “egosystems” to ecosystems.