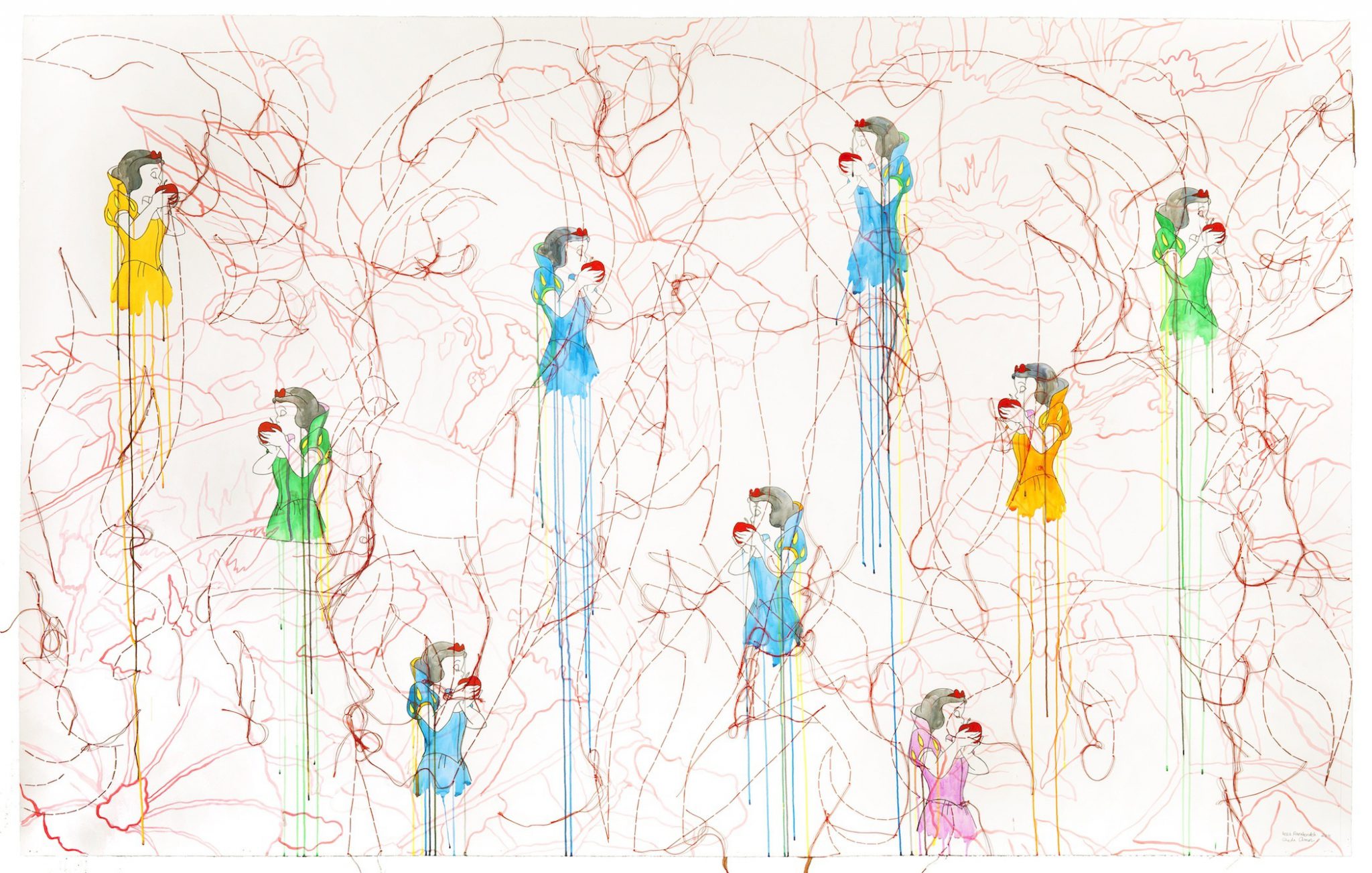 Artist Statement:
GHADA: The first question is, how can one “write” painting in the feminine? Then there is the question of beauty: how to convey an emotion and a feeling of beauty when painting.
REZA: The beauty of nature exists outside the domain of art. Do clouds, flowers, and trees have the power to tame artists so that they might be inspired by them?
REZA: I began to paint on canvases that Ghada was preparing for her work. A little later, I began to do watercolors on paper, and this time, Ghada intervened on them.
GHADA: In the beginning, I did not realize that we were collaborating. The first time he left a mark from his vocabulary on my work, that painting became, for me, emblematic of the beginning of our collaboration. I never sold that painting for this very reason.
REZA: Collaboration is a mutant riddle. It is a type of creation that resists control. To be able to continue working, we need to see what the other has done. We reverse roles. That way, we can be both creators and viewers!
GHADA: Perhaps collaboration is a riddle, insofar as we don’t speak or communicate with each other a single intention or direction as to what we are doing. Everything evolves in silence.

This statement is based on an interview with the artists conducted by Martine Antle, published in the catalogue Ghada Amer and Reza Farkhondeh: The Gardens Next Door (Lisbon: Galeria Filomena Soares, 2010).

Biography:
Ghada Amer (born 1963, Cairo) and Reza Farkhondeh met while they were both students at the Villa Arson, Nice, France. There, they received their MFA degrees, Amer for painting, and Farkhondeh for video and short film. Both also studied at the Institut des Hautes Etudes en Arts Plastiques, Paris.