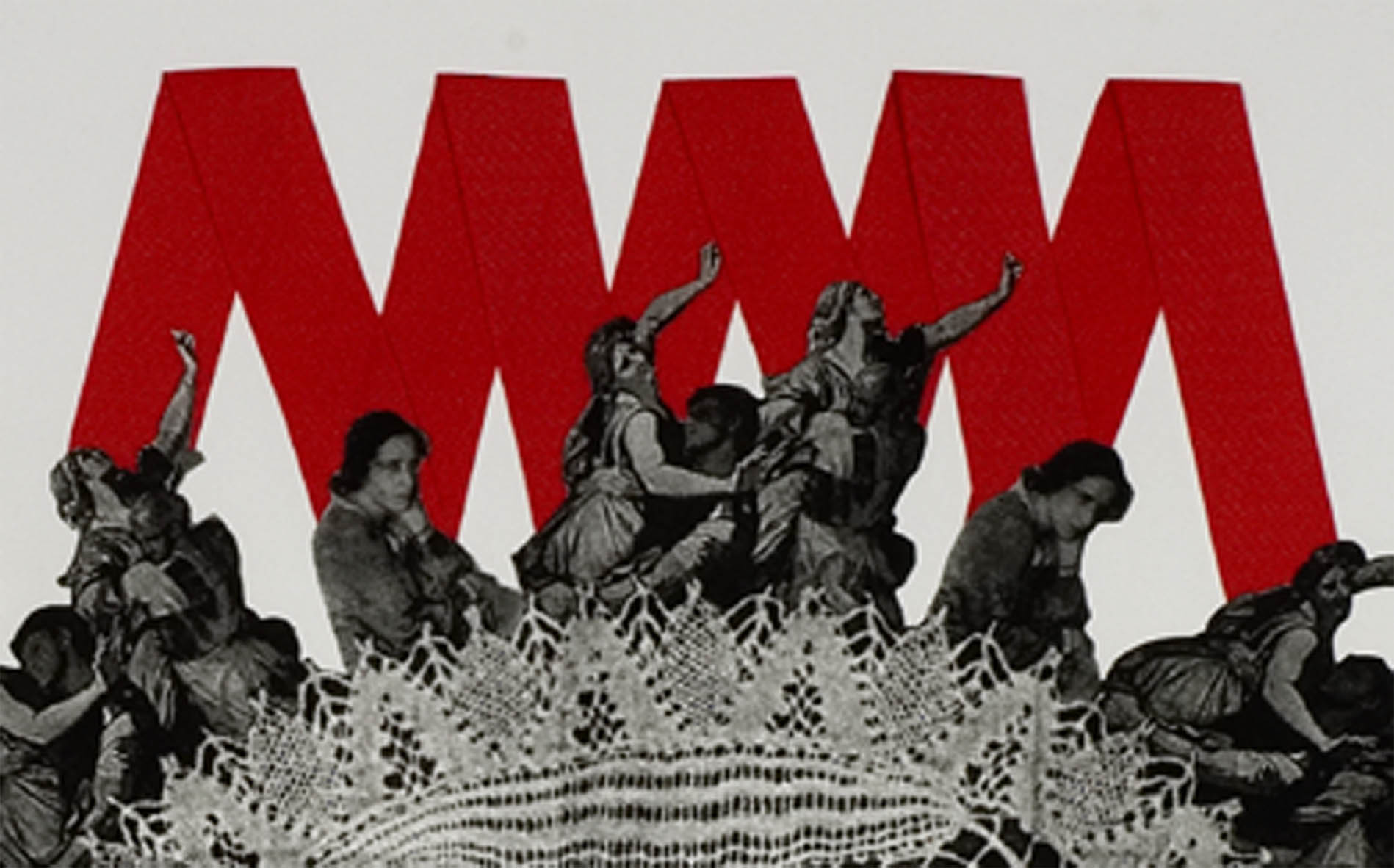 Artist Statement
This print is about Martin Heidigger and Hannah Arendt, the famous political philosopher. While Heidigger was Arendt’s mentor at the University of Freibourg, they had a love affair. When the Nazis came to power, Heidigger became an ardent Nazi and was assigned to Nazify the German universities.   He fired all the Jewish professors including his own mentor, Edmund Husserl, another key twentieth-century philosopher.

Because Arendt was Jewish, she had to leave Germany.   She went to France, escaped over the Pyrenees, and came to the United States, where she had a distinguished career.   After World War II, Heidigger was to be indicted by the Nuremburg War Crimes Tribunal, but Arendt led a successful fight to have him freed. Here was the quintessential Jewish refugee defending the quintessential Nazi. It fascinated me that romantic love and sexual attraction were more powerful than life-and-death philosophic differences.

The print from which the cover detail is taken shows a nude woman from lace made at the Vienna Werkstatte. By using a female nude rather than a traditional floral motif, the designer was trying to be modern.   It was novel to use a female nude as a lace motif, but the image of the nude is the stereotypic sexually available female in use since the Renaissance. Because this lace was made while Heidigger and Arendt were having an affair, it became, for me, a sign of the traditional power men still held over women.   In the border above are the young Hannah Arendt and a detail from Poussin’s Rape of the Sabine Women representative of the intellectual, emotional rape Heidigger performed with Arendt.

Biographical Statement
Judith K. Brodsky is distinguished professor emerita, Department of Visual Arts, Mason Gross School of the Arts.  She is the founding director of the Brodsky Center for Innovative Editions, formerly the Rutgers Center for Innovative Print and Paper.  Brodsky is a print artist whose work is in many museums and collections worldwide.  Long active in the feminist art movement, she is also a founder of the Rutgers Institute for Women and Art. 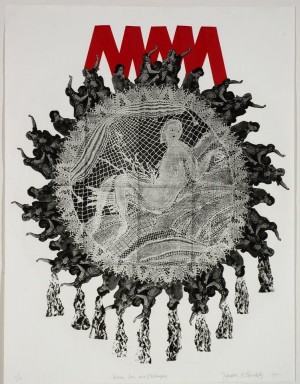