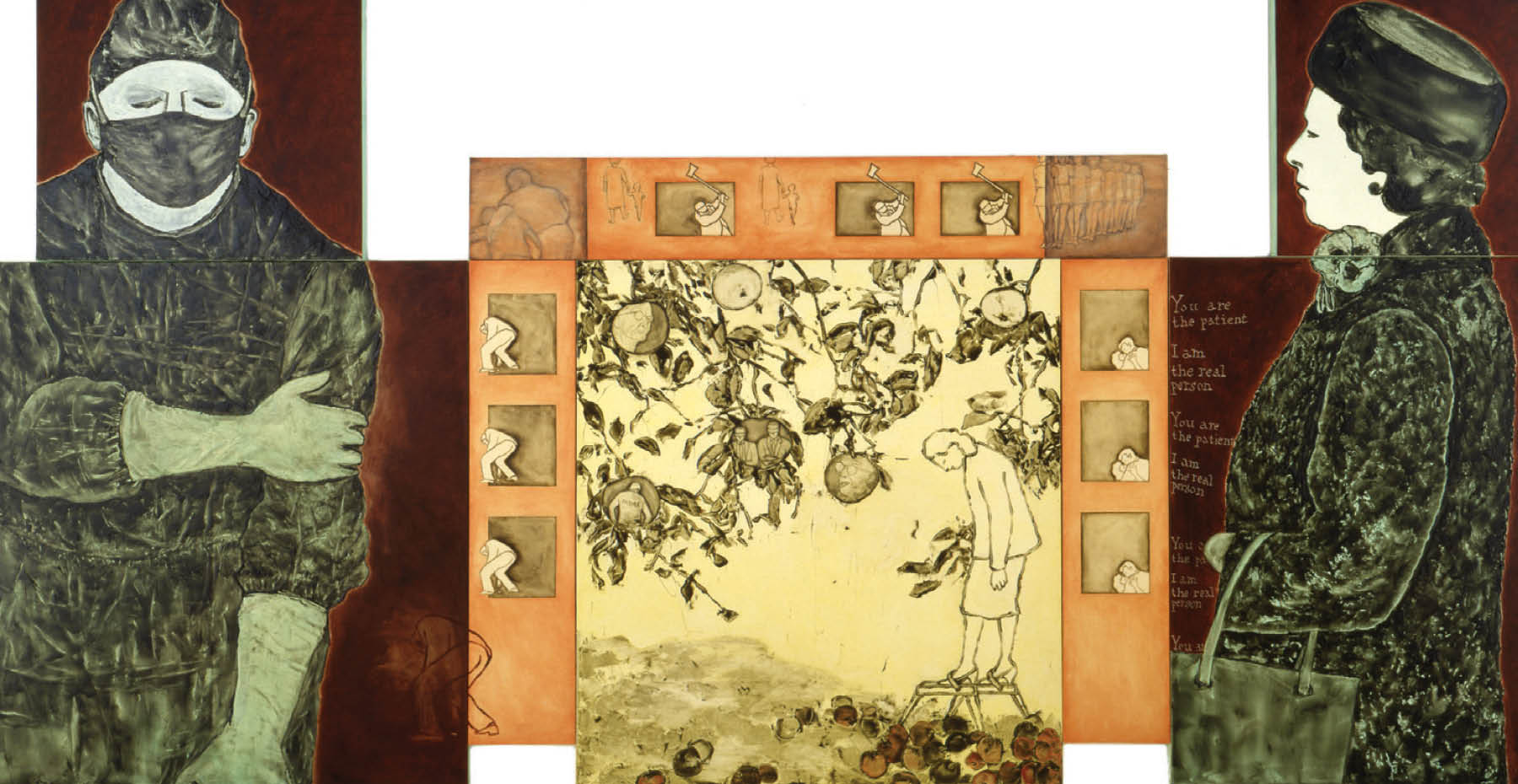 Artist Statement
I made use of medical data as titles.  An emetic is a substance that brings on vomiting. I used two people whom we connect to power, namely a surgeon and royalty.  The surgeon who may be in the middle of a heart attack.  A queen (Queen Elizabeth) with really no power (besides, she looks so ordinary.)

Artist Biography
A self-proclaimed “generic artist” and an “image scavenger,” painter and feminist pioneer Ida Applebroog has spent the past five decades conducting a sustained inquiry into the polemics of human relations. She explores themes of violence and power, gender politics, women’s sexuality, and domestic space using images stylistically reminiscent of comics, at once beguiling and disturbing. Applebroog first came to attention in New York in the mid-1970s, formulating her practice with a series of small self-published books, “Stagings” of identical cartoon images presented in succession, evocative of flipbooks or film stills, which she mailed to other artists, writers, and individuals. From this beginning, she developed an instantly recognizable style of simplified human forms with bold outlines. In an Applebroog exhibition, the visitor becomes an observer and a participant in a domestic drama where fragmented narrative scenes are neither beginnings nor ends to the story.