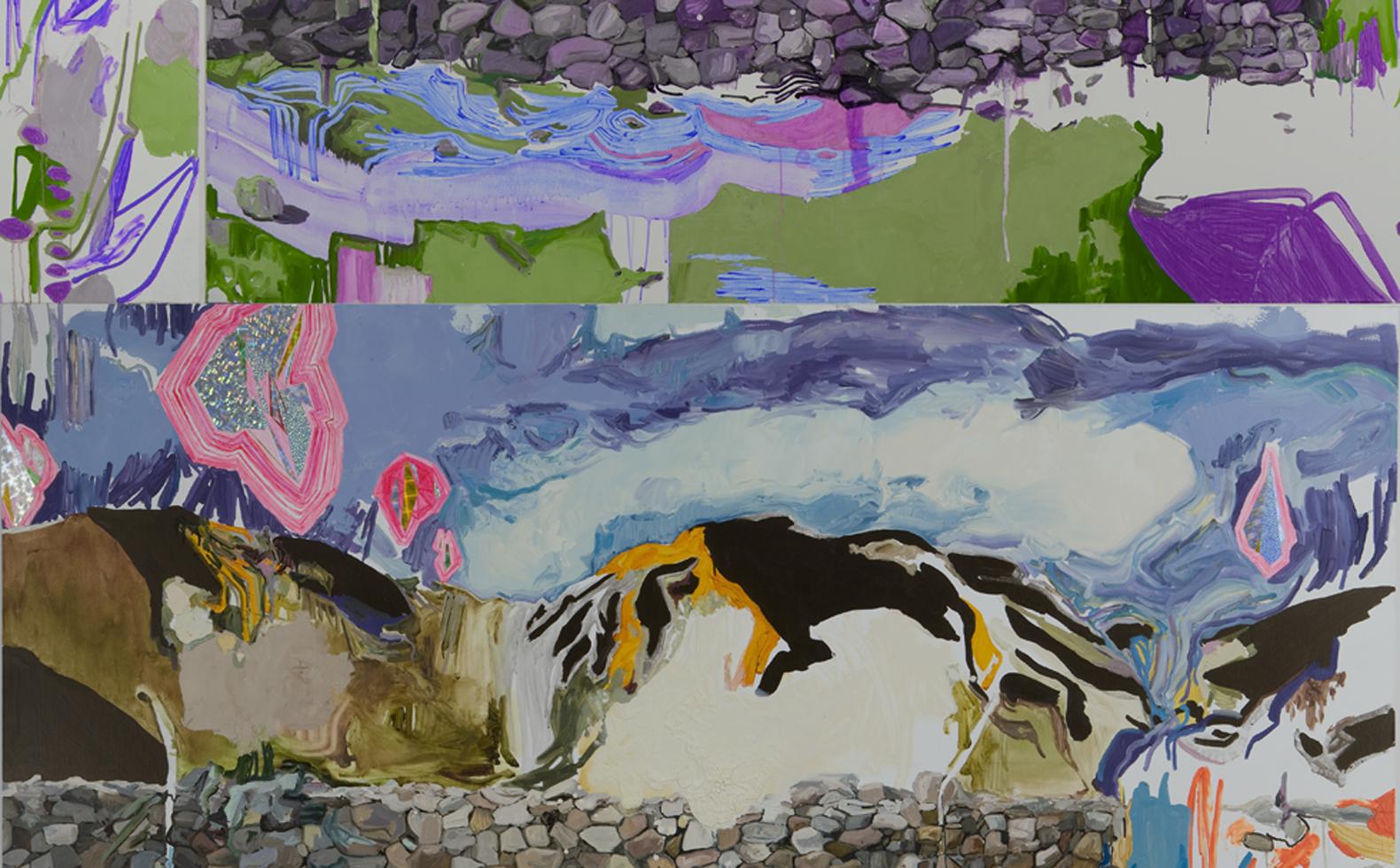 Carmen McLeod’s No Place was featured on the Summer 2011 issue of Signs, which featured a comparative perspectives symposium titled “Love Exiles.”

Artist Statement
I work responsively, reacting to an experience, object, or memory and build upon each moment in a given work until a stage of completion is reached.  No Place was in response to an idea of a perfect place that is nowhere and everywhere all at once.  I internalized this idea and placed it in an actual landscape, working from a photograph that holds importance for me.  My interest in an investigation of the multiple languages of paint, abstraction, and form then took over until the work was finished.  The result is an imagined landscape, the image as well as an actual object, the painting. © 2007 by Carmen McLeod. Permission to reprint may be obtained only from the artist.

Biographical Statement
Carmen McLeod is an artist living and working in Brooklyn, New York.  She received her BFA from San Francisco University and the California College of the Arts and her MFA from Virginia Commonwealth University in 2008.   Her work has been exhibited at CRG Gallery in New York; the Center for Contemporary Art in Wilmington, DE; Caren Golden Fine Arts in New York; and Catharine Clark Gallery in San Francisco.  In spring 2009 she was featured in  “New American Paintings,” a juried exhibition in print, and will be again featured in the next Northeast edition of the publication. She is represented by CRG Gallery in New York  and is currently preparing for her first solo show at the gallery.