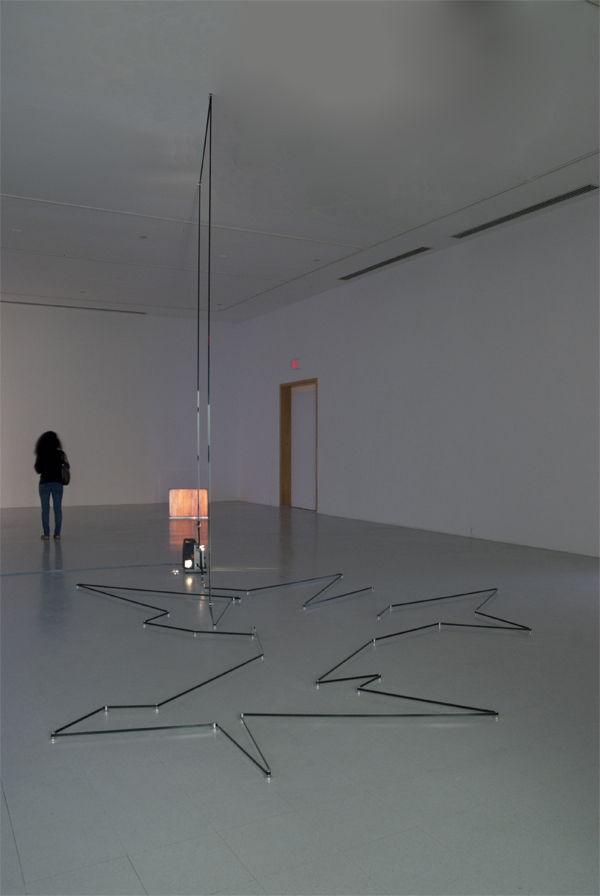 Artist Statement:{{1}}
Şerbet (1999-2010)
The film shows a stack of Burma Baklava saturated with syrup like a cascading skyscraper. Şerbet, “sugared water” in Turkish, is repeatedly re-poured to keep the dessert wet. Each application comes from what remains at the bottom of the tray after each re-pouring . . . in effect a Love Elixir made over and over again. Desire, companionship, falling in love . . . these are all romantic experiences humanizing the dessert, as if it were a living being.  Şerbet is a precious portrait of surrender, an example of what a balanced relationship should be. The film runs from the reels on the floor, passes inside of the projector, goes up to the reels on the ceiling, and falls . . . like the metaphor for the syrup taken from the ground again and poured from the top to the bottom in an endless repetition, signifying Eternal Love.

Biography:
Ebru Özseçen (born 1971, Izmir), who lives and works in Munich, Germany, graduated from the Interior Architecture and Environmental Design Department, School of Architecture, Bilkent University, Ankara, in 1994. She received her master’s degree from the Department of Fine Arts and the Institute of Economics and Social Sciences, Bilkent University, in 1996.

Her work embraces a range of artistic practices, encompassing urban interventions, sculpture, objects, photography, video, film installations, and drawings. Drawing on her experience in the fields of architecture, design, and contemporary art, Özseçen explores the psychological and sociological relationships between space and the body. Investigating the seemingly mundane, she exposes its magical and unseen aspects, in the process, revealing a space where fantasy and memory hide in plain sight.