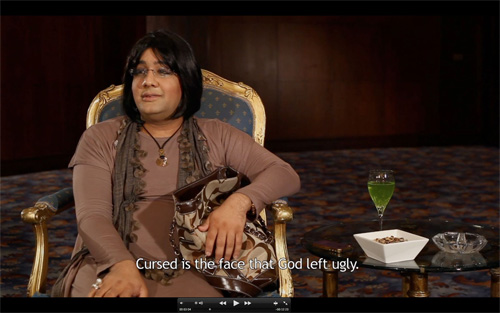 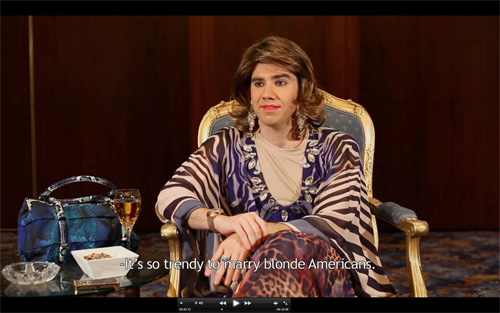 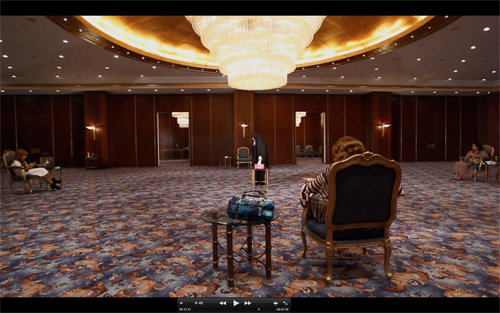 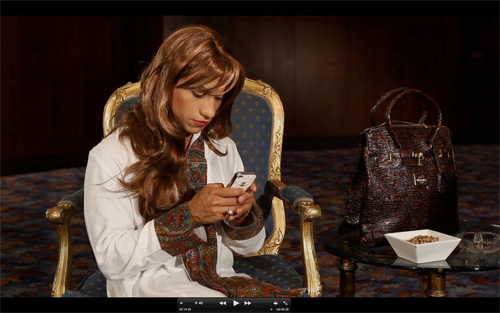 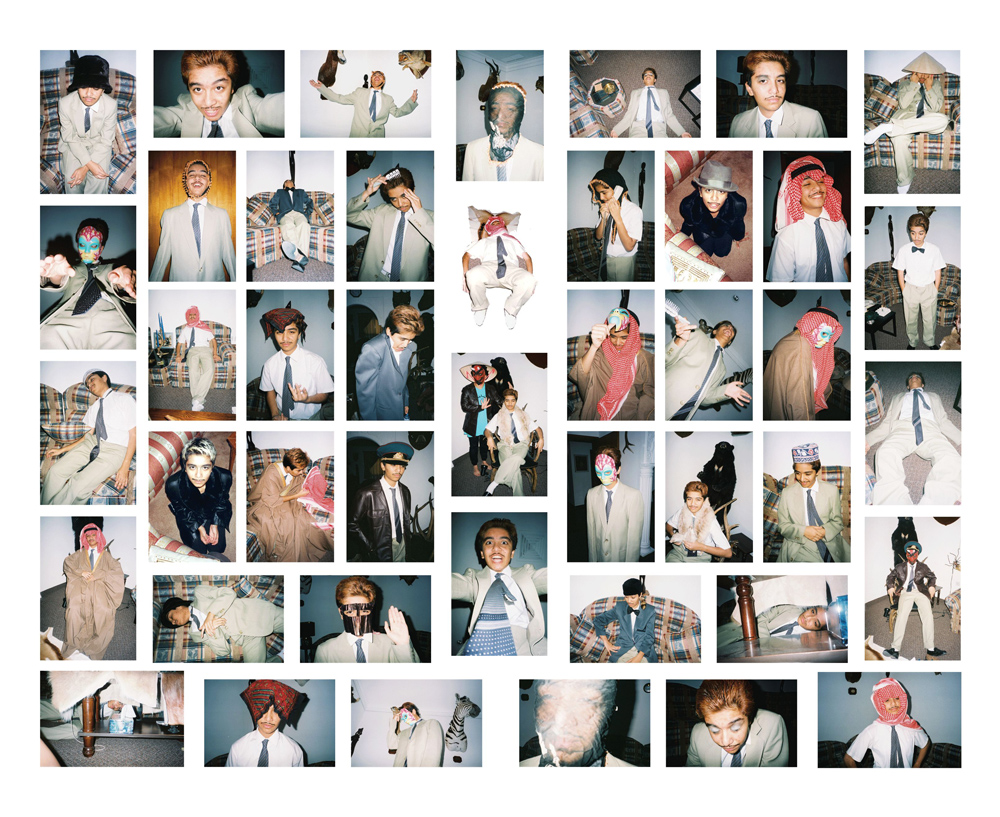 Artist Statement:
My visual work examines the interplay among gender, style, and performance by drawing attention to the local context. Sophisticated Google search algorithms allow users to parse information and locate minutiae culled from everyday life, but often neglect significant social rituals that are relegated to the private residential sphere and thus subsequently undocumented. Because of their negligible Google search yield, the Kuwaiti practices and social rituals I address in my work are deemed invisible. Through live performance and video, I create fantasy documentation of said social realities by positing liminal gender identities as the norm, and casting them in a globalized-style setting. My work reveals my fascination with the localized, trickle-down manifestation of global style trends, the reality of consumer culture, and public phenomena. By combining public and private, global and local, the conflation of social barriers reveals the potential manifestations of local identity.

Biography:
Fatima Al Qadiri (born 1981, Dakar) is a New York–based artist, performance artist, and musician, who produces music under her own name and as Ayshay. She graduated from New York University in 2004 with a degree in linguistics. Through her work in video, photography, and performance, she explores gender stereotypes and the impact of consumerism on contemporary Kuwaiti society.

Al Qadiri has also curated a number of exhibitions, and written and performed film soundtracks. In 2011, she received a visual arts grant from the Arab Fund for Arts and Culture. Al Qadiri is a contributing editor at DIS magazine and contributor to Bidoun magazine.