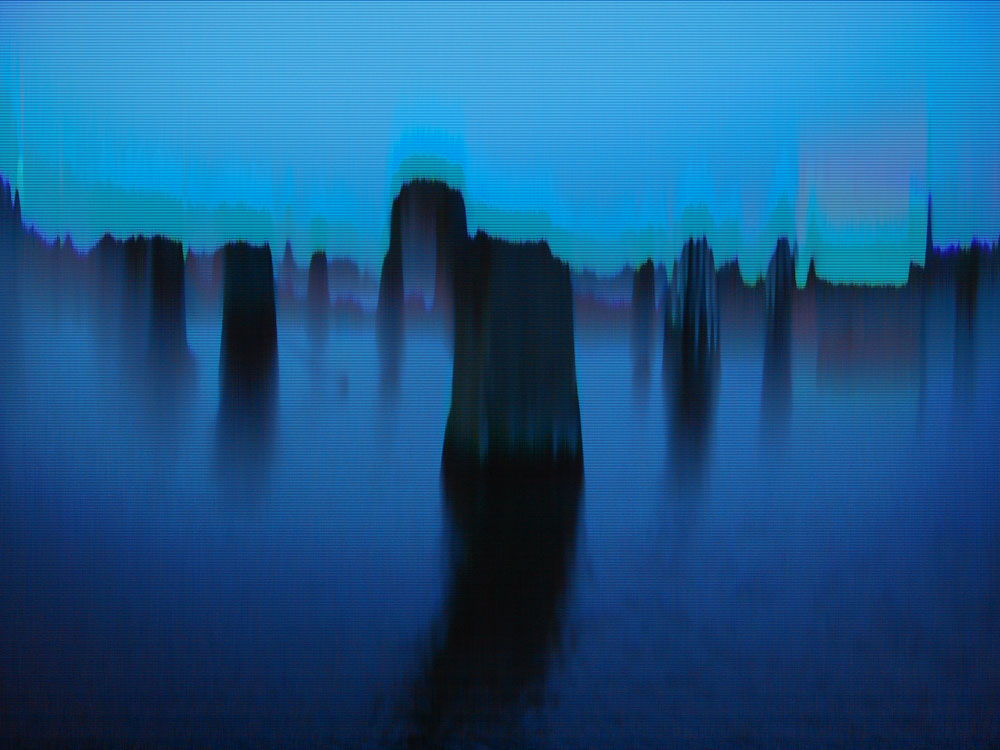 Rosa Menkman, “Shattered Horizons,” a video still from The Collapse of PAL (2010). https://vimeo.com/12199201. Permission to reproduce is granted through a Creative Commons license. This work appears on the Summer 2014 issue of Signs.

Artist Statement
In The Collapse of PAL (eulogy, obsequies and requiem for the planes of blue phosphorus), the Angel of History (as described by Walter Benjamin) reflects on the PAL (phase alternating line) signal and its termination. This death sentence, although executed in silence, was a brutally violent act that left PAL disregarded and obsolete. While it might be argued that the PAL signal is dead, it still exists as a trace left upon the new, “better” digital technologies. PAL can, even though the technology is terminated, be found here as a historical form that newer technologies build upon, inherit or appropriated. The Angel also realizes that the new DVB signal that has been chosen over PAL is different but at the same time is as inherently flawed as PAL.

Artist Biography
Rosa Menkman is a Dutch artist/theorist who focuses on visual artifacts created by accidents in both analogue and digital media. Every technology possesses its own inherent accidents, and the visuals she makes are the result of glitches, compressions, feedback, and other forms of noise. Although many people perceive these accidents as negative experiences, Menkman emphasizes their positive consequences.