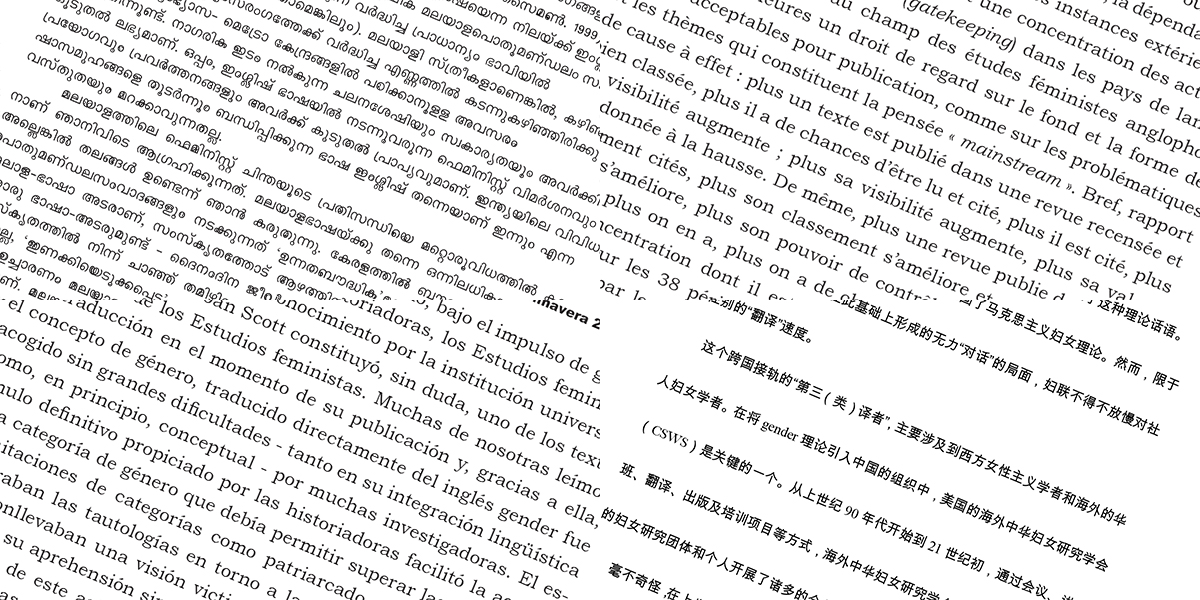 To accompany the comparative perspectives symposium on “Translation, Feminist Scholarship, and the Hegemony of English” in the latest issue, Signs and the University of Chicago Press are making available versions of five of the symposium essays in international languages as an online-only special feature.

The English versions of these essays, which appear in the print issue, are available through JSTOR, as are the international language versions. The editors at Signs are grateful to the authors of these essays for the effort they put into providing these versions; to Edward Quiceno, Signs’s fall 2013 art intern, for the design work he performed; and to Sarah Gardiner, at the University of Chicago Press, for her efforts in posting these essays online. Finally, the editors at Signs would like to thank Amari Verástegui for her invaluable work in conceptualizing this Comparative Perspectives Symposium and in recruiting contributors.