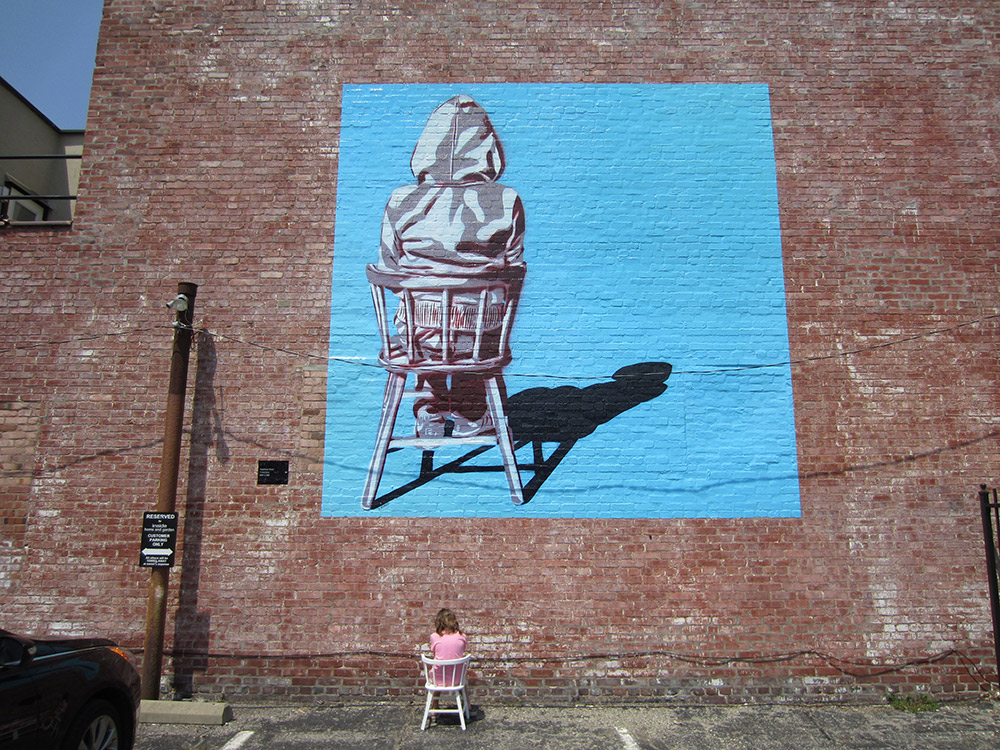 Artist Statement
As an antithesis to advertising, art can be a catalyst for the important conversations about life.  I began making street art in 2007 to combat marketing schemes, which objectify women rather than show them as active participates in society.  Placing art in the streets allows me to create a discussion about art as experience rather than product. Through my street art, I tackle gender issues including who “owns” outdoor and indoor space.  In 2012, I began putting my characters in hoodies. Deeply affected by the death of Trayvon Martin, I want the public to have difficult and important conversations about both race and gender.

Artist Biography
Stephanie Rond is a Columbus, Ohio based street artist. She attended Fort Hayes Arts and Academic High School and holds a Bachelor of Fine Arts from The Ohio State University. Most recently Stephanie’s artwork was highlighted in Bitch magazine’s Bitch List. She also represented all of North America in “She’s a Leader”, a street art project created by the Women’s Forum for the Economy and Society based Paris, France. Stephanie is co-founder of Creative Arts of Women (CAW), founder of the website Women Street Artists and owns several galleries.